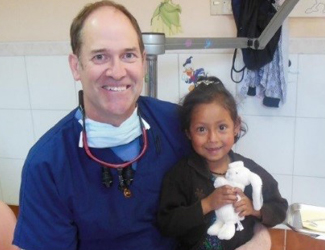 He received the Mastership Award from the Academy of General Dentistry in 2000 and also received a Congressional Certificate of Special Recognition from U.S. Congressman John Kline in 2014 for his work with the Common Hope Organization in Guatemala. Dr. Humbert began leading the “Vision Teams” to Guatemala in 2003, providing a variety of activities and services. Since 2008 he has taken dental teams from the University of Minnesota School of Dentistry to Antigua, Guatemala to care for patients in the surrounding communities and currently makes five trips a year with dental students.

Dr. Humbert is a Minnesota native who together with his wife have raised three children, all college graduates and working in MN and California.

Denmark Dental specializes in a variety of family and cosmetic dentistry services. From routine cleanings to dental implants, our Eagan dentists are committed to providing prompt, gentle, and friendly service to all of our valued patients. Schedule your appointment by calling 651-452-4455.